Well done to Yusuf on being a runner-up in the medical student category of our ‘Unofficial Guide to Medicine Essay Competition’ for his essay on “Should junk food be highly taxed to fight the obesity crisis? What are the alternatives?” 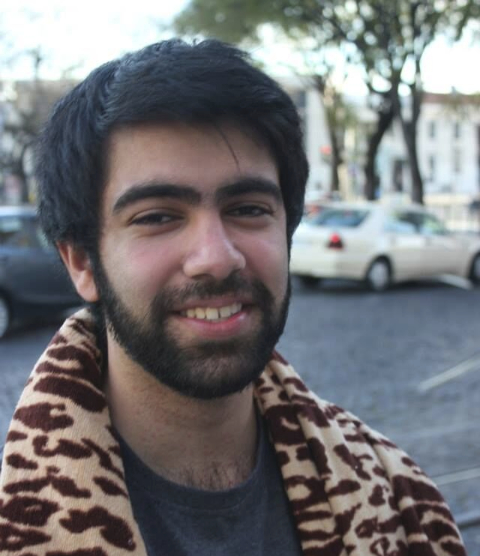 Hi, my name is Yusuf Karmali. I’m currently intercalating in Experimental Pathology at Barts and The London, having completed three years of medicine. I have interests in both medical education and health policy, hence why this essay was something that intrigued me! Thanks, Yusuf

Should junk food be highly taxed to fight the obesity crisis? What are the alternatives?

The prevalence of obesity, defined as having a Body Mass Index (BMI) >30, has been rapidly increasing over the past 3-4 decades (Ng et al. 2014). It is implicated as a co- morbidity for numerous chronic conditions including cardiovascular disease, type 2 diabetes and musculoskeletal problems. Obesity is a recognised risk factor for a range of cancers and can produce a huge psychological burden on those who it affects (National Obesity Observatory, 2017). The UK has the 8th highest rate of obesity among economically developed nations (Ng et al. 2014). Arguably, the financial pressure obesity imposes on health systems illustrates its importance best – particularly at a time where the National Health Service (NHS) is squeezed financially. Public Health England estimated obesity and its related conditions cost the NHS £6.3billion in 2015 – this figure doesn’t include wider costs to society (National Obesity Observatory, 2017). Considering the enormous strain obesity forces upon the NHS and the wellbeing of our society, drastic action may be necessary. In March 2016 the former chancellor of the exchequer, George Osborne, proposed a tax levied on sugary drinks to try reduce child obesity rates (BBC News, 2016). This essay aims to examine the potential impact of extending such a taxation to all “junk food”, as well as discussing the alternative measures the government can pursue to eliminate this towering issue.

Obesity occurs due to a metabolic imbalance of energy, when people consume more calories than they expend. The excess energy is stored in fat, leading to individuals becoming obese. Broadly there are two avenues policies can target: either increasing the calories individuals burn, or reduce the amount of calories individuals consume (Nhs.uk, 2017). Figure 1 describes a model used to determine the aetiology of obesity, and the different levels of intervention available. Different theories of the origin of obesity, including the health of the gut microbiome, have been postulated – but the validity of alternative models is still being investigated (Sonnenburg and Bäckhed 2016). It should be noted a small proportion of individuals suffer from organic diseases, such as Cushing’s syndrome and hypothyroidism, which cause obesity (Nhs.uk, 2017).

The economics behind a “junk food tax”

Before discussing implications of a junk food tax, it is important to outline some essential economic theory. Junk food is a demerit good i.e. a product which which is harmful to consumers, but negative effects are ignored upon consumption. Subsequently, demerit goods are over-consumed because the harmful costs aren’t accounted for by buyers. Most demerit goods are associated with negative externalities; these are costs to third parties to a transaction. External costs pertaining to junk food consumption include extra money spent by the NHS on healthcare and potential time spent off work due to illness. Taxation is a policy aimed at trying to ‘internalise’ such externalities, raising the price of the product and reducing the quantity demanded. This is illustrated in figure 2.

Figure 1: A diagram describing the causes of obesity, and where policies can be implemented. Note that addressing systemic and environmental drivers have bigger effects on the population. (Novak and Brownell 2012)

Certain foods are worse than others for obesity, and obesity-related conditions. Cholesterol, for example, is implicated in atherosclerosis which predisposes people to heart attacks. However, most cholesterol is endogenously produced, so while a tax on cholesterol may reduce the amount consumed, it would have little effect on the prevalence of atherosclerosis. Sugary drinks (which Mr. Osborne has implemented a levy on) have been shown to increase obesity, yet there is growing concern about the impact of ‘diet drinks’ on health – which means this tax could just drive people to unhealthy alternatives (Yang 2010). The extent to which sugars and fats contribute to obesity are still being researched. Policy must fall in line with the current literature for it to be effective.
Several studies have suggested that a modest taxation is unlikely to reduce obesity. However, it has been proposed that a 20% tax may reduce obesity (Franck, Grandi and Eisenberg 2013). The PED of ‘sugar/sweets’ and ‘fats/oils’ are estimated to be 0.34 and 0.48 respectively – this relatively inelastic compared to most other types of food (only eggs were found to be more inelastic) (Andreyeva, Long and Brownell 2010). This suggests that a substantively high level of taxation may be necessary to substantially reduce demand. 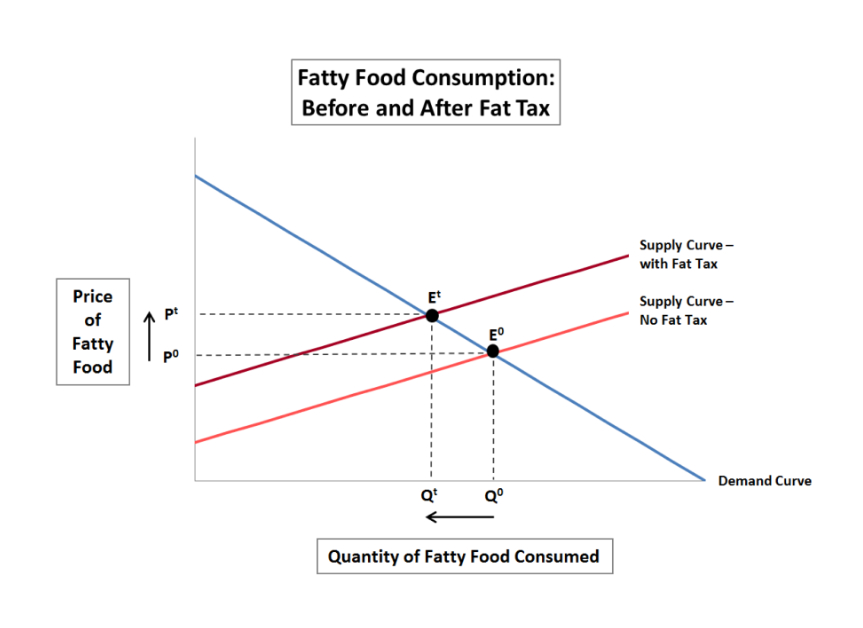 Figure 2: A graph portraying the mechanism of a ‘fat tax’. The supply of fatty foods will shift to the left, and a new equilibrium will established (Et) with the market producing a higher price, and less fatty food consumed. (Committee for Economic Development of The Conference Board, 2014)

Taxation is regressive. Low-income populations will spend a higher proportion of their income to pay this tax than high-income populations. This is particularly important because low-income populations are more likely to consume junk food than high income populations. Philosophically, government intervention can be seen as an impingement on individual freedoms – i.e. people already have the choice of healthy food but choose unhealthy foods. Because food is essential for life, such a taxation could be considered unethical. Taxation experiments have been relatively recent, so its impossible to assess their effectiveness. A tax imposed in Denmark was repealed after consumers circumvented the law by buying unhealthy foods in neighbouring countries, demonstrating some of the potential pitfalls of implementing a ‘junk food tax’. Manufacturers constantly change the contents of their foods, so the government would consistently be playing ‘catch up’ when trying to implement tax. (Franck et al. 2013)

The sugar tax the government is implementing is estimated to raise £520m (BBC News, 2016). A broader “junk food” tax would raise significantly more revenue. This revenue should be ring-fenced and hypothecated to ensure that we prevent obesity. Spending on local level programmes, encouraging education amongst those suffering from obesity would be a good start. Alternatively, some money could be used to subsidise the production of healthier foods, bringing down their costs making them more affordable. Some revenue could be allocated to help NHS trusts struggling with obesity related conditions. Initiatives to encourage exercise amongst youngsters would need funding too. Quality strategies must be identified and implemented using the tax revenue.

While taxation successfully increases prices, it fails to address other environmental drivers underlying obesity. A broad spectrum of interventions is necessary to ensure that junk food consumption is sufficiently reduced – this is particularly pertinent considering the PED of unhealthy foods. The evidence suggesting taxation pushes people from unhealthy foods to healthier options is sketchy at best (Novak and Brownell 2012).
Changing behavioural patterns of consumers is crucial to addressing over- consumption of unhealthy foods. While distorting the price mechanism may achieve this to an extent, correcting the information failure between consumers and suppliers may be be better. The UK introduced the “traffic light” system, aiming to ensure unhealthy foods are easily identifiable. The government could extend this further by making healthier options visible, instead of having chocolates in the waiting queues, fruit and nuts could be present. Studies have suggested that while the traffic light system useful intervention, it was insufficient to reduce consumption of unhealthy foods (Sacks, Rayner and Swinburn 2009). An essential aspect of information failure is lack of education. Spending on local level programmes could yield positive results. Changing school curriculum, and adding dieticians to schools may help educate youngsters from an early age. Education for adults should include ways to ensure one exercises for thirty minutes a day, or how to cook more healthily. Technology should be embraced too, several phone applications provide calorie counting, which has helped to increase awareness of what one eats – teaching individuals how to use these, while possibly combining with fitness trackers could be a useful way to prevent obesity. Empowering individuals to make informed decisions is critical to changing behaviours.
Regulation could become the cornerstone of our obesity strategy. To tackle obesity, food regulators could impose a maximum fat/sugar content for food, so that the foods we consume are ‘healthy’. Portion sizes could be regulated too, ensuring that smaller portion sizes are either available for consumption, or curb the maximum portion size available for various food chains. Ensuring healthy food is available at workplaces could make a big difference. However, regulation can be burdensome to companies and could cause sharp price raises. Additionally, it can be expensive for the government to enforce, thus it may be better to target fast food chains initially (typically the unhealthiest source of food) and determine its effectiveness, before expanding to supermarkets and their like.

Obesity is a huge public health concern that must be addressed. Taxation has the potential to be a useful tool in reducing the consumption of unhealthy foods, while raising funds alleviate the burden obesity imposes on society. However, if implemented in isolation it would be unlikely to reduce obesity. Therefore, a pragmatic approach is desirable, using all available evidence to inform policies. The government must be bold and produce a coherent strategy which should include taxation, subsidising healthy foods and improved education. Regulation should also be implemented to curb the impacts of this market failure.

Well done on writing a really excellent essay that raises many very interesting issues. You have written this in a very concise style, with very good use of subheadings to give it structure and clarity while signposting your key points. Your use of figures helps illustrate and support your points very well, as does your use of references to relevant studies and papers which also demonstrates some excellent in-depth research. You have suggested some excellent ideas as alternatives to a tax which show good independent thought on the subject and have concluded nicely to show you understand that there is no simple fix for and the need for multiple interventions to tackle the obesity crisis. Very well done. Yusuf’s essay was based on the obesity crisis and the resulting ‘junk food tax’. He drew in international examples from both medical and political arena, which allowed his opinions to be informed on a large scale. What worked particularly well in his essay was his use of diagrams to illustrate his points, which were well explained and intelligent. The essay was well written and structured making it a pleasure to read. Congratulations Yusuf on a great job.