Well done to Michael on being a runner-up in the medical student category of our ‘Unofficial Guide to Medicine Essay Competition’ for his essay on “Can you read this? – Why do doctors have terrible handwriting? What sort of problems does this cause in the workplace? What measures can be put in place to reduce illegibility and error?” 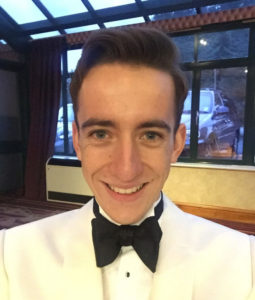 Hi, I’m Michael, I’m a first year medical student at the University of Warwick. In July 2016 I graduated with a B.Sc in Mathematics from Southampton, and I enjoyed education so much, that within 2 months I was back in full time lectures. Although there is quite a notable change from Mathematics to Medicine, and I can’t wait to see what the next 4 years have in store! (Although I feel that hoping there is some time off in there too, might be setting my hopes too high)

Can you read this? – Why do doctors have terrible handwriting? What sort of problems does this cause in the workplace? What measures can be put in place to reduce illegibility and error?

I believe that this intervention could be effective in improving handwriting among doctors, in a manner which is unlikely to consume a large amount of time for clinical staff.
Although doctor’s handwriting is usually decipherable, it can contribute to the loss of time, which can have notable consequences in emergency situations. Therefore, an intervention is necessary. The intervention laid out in this essay, whilst unlikely to rectify the problem entirely, may have a noteworthy impact on handwriting if employed on a large scale. It is also likely to be more time and cost-practical than many of the other potential interventions, however, the intervention should be trialled on a small scale initially, as there is no guarantee as to its effectiveness.
This is a field in which I feel a large amount of further investigation should take place in the future, as there is very little evidence currently available, for a topic which is often widely discussed in the media, and because of writing this essay, I have gained an interest in the topic, so I would be interested in researching in this area myself.

Your essay is very well written with a good logical structure, beginning at looking at the evidence supporting the idea that doctors have terrible handwriting and moving on to look at the implications of this as well as possible solutions. You clearly have a good understanding of the topic and have shown excellent use of references to support your arguments, as well as including your own original thoughts and opinions. Your suggestion that doctors’ bad handwriting stems from the time pressures experienced in medical school is very interesting and the personal anecdote adds a nice personal touch to your essay. Your writing style balances scientific writing with a more informal, humorous tone that makes for very enjoyable reading. Very well done. Michael’s essay offered an essay with a critical appraisal of both the topic at hand – doctor’s handwriting – and the weaknesses of the research investigating it. All the while, he managed to inject aspects of humour throughout his eloquently written piece. The ability to assess previous interventions and use their weaknesses to design a more appealing solution is indeed impressive. He mentions that he wants to continue research on the topic and I would strongly encourage it. Congratulations Michael on a great essay – it was fun to read.