Well done to Lucy on being a runner-up in the medical student category of our ‘Unofficial Guide to Medicine Essay Competition’ for her essay on “Consider the development of personalised medicine. What are the benefits and drawbacks of selecting appropriate therapies based on the context of one’s genetic code?” 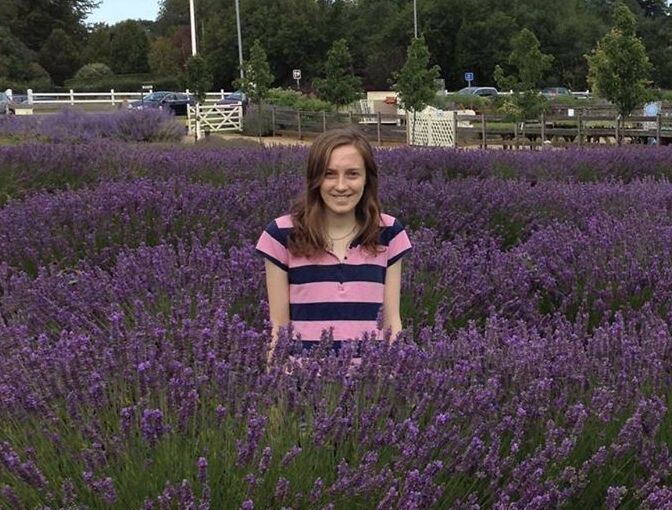 I’m Lucy and I’m a final year medical student at the University of Sheffield and I completed a Bmedsci in the department of Infection and Immunity. In the future I hope to complete paediatrics training and then specialise in clinical genetics, after really enjoying my elective in the clinical genetics department of Sheffield Children’s’ Hospital as well as paediatrics on the Isle of Man. I’m looking forward to starting the Academic Foundation Programme in Yorkshire in August this year. In my spare time I am a member of the University of Sheffield Triathalon club.

For centuries physicians have based their treatments on their patient’s signs, symptoms and ultimately the underlying diagnosis. Guidelines such as those produced by NICE describe best standards of care determined by clinical trials carried out on random samples of patients. Personalised medicine challenges this ‘one size fits all’ concept that medicine has been based on for so long. Also known as genomic or precision medicine, personalised medicine involves prescribing treatments based on a patient’s genetic code. It works on the theory that our genes determine how we will respond to treatment, hence different remedies may be appropriate for patients with clinically identical conditions1,2. Genes determine our structure by coding for proteins. Given that genes code for the proteins that drugs act on, from the receptors they bind to, to the enzymes that metabolise them, perhaps it is no wonder genetics influence the effect drugs have.

In 1953, Francis Crick and James Watson discovered the double helix structure of DNA enabling genetic coding to be explained3. This launched the beginning of genetic medicine and was followed by huge advances in our understanding of genetics. The development of genetic medicine accelerated after completion of the human genome project in 2003, which mapped and sequenced all genes in the human genome4. There are early examples of the appreciation of differences in response to drugs between people, and it was hypothesised that genes were responsible for this. For example, in 1960 scientists concluded that people could be divided into slow and fast metabolisers of Isoniazid by examining the plasma concentrations after administration. They used family data to hypothesise that the slow activation gene was autosomal recessive5. However, it was only when genetic testing was developed in the late twentieth century that variations in drug metabolism such as this could be this could be shown to be genetic and be tested for.

Although still largely a rather futuristic concept, there is an increasing number of examples of personalised medicine in current medical practice.

At present, personalised medicine is most often applied to drug prescription- a term coined pharmacogenetics.
A present day example is in the prescription of thiopurine drugs which include Azathioprine and Mercaptopurine. The TMPT enzyme is required for thiopurine metabolism. Different polymorphisms of the TMPT allele exist, with varying levels of activity. Thiopurines can cause myelosuppression in those with TMPT deficiency, hence TPMT enzyme activity assays must be measured before prescribing thiopurines.6
Pharmacogenetics can also be used to identify those at risk of adverse drug reactions. The HLAB*5701 allele has been shown to increase susceptibility to life-threatening hypersensitivity reactions to Abacavir, an anti-retroviral. Screening for HLAB*5701 is now performed before prescribing Abacavir.7
Pharmacogenetics also considers the genetics of cancers. HER2 is overexpressed in some breast cancers, and causes excess cell proliferation. Trastuzumab is a monoclonal antibody which binds to the HER2 receptor preventing its activation. Trastuzumab was approved by the FDA for breast cancer in 2006 and is currently recommended by NICE in the treatment of early and metastatic breast cancers overexpressing HER2.

Personalised medicine is not limited to treating disease, and can also be involved in disease prevention by identifying those at risk of developing certain conditions. The BRCA1 and BRCA2 genes code for DNA repair proteins and mutations in these genes cause an increased risk of breast, ovarian and prostate cancer; the risk of breast cancer in women with a BRCA1 mutation is 60-90% and 45-85% in women with a BRCA2 mutation.9 Patients who meet certain criteria are offered genetic testing for BRCA mutations. If found to be positive, patients are offered surveillance for early cancer detection or prophylactic treatments such as bilateral mastectomy.10

Further advances in pharmacogenetics will enable doctors to predict which patients will respond well to drugs and those at risk of adverse reactions for increasing numbers of drugs. More targeted chemotherapy drugs will continue to be developed for more and more cancers.
Further developments in genetics will enable testing for susceptibility to a wider range of diseases. At present, genetic tests for over 350 conditions exist, the vast majority of which are monogenetic. In the future it may be possible to identify genetic susceptibility to polygenetic conditions such as diabetes mellitus, providing the potential for prophylactic treatment.
This reflects a growing trend in all areas of medicine towards disease prevention rather than just cure.

Traditionally, doctors blindly prescribe patients first-line drugs, accepting that some patients will respond well whereas others won’t- if the drug doesn’t work the next drug is tried until a suitable one is found. As a result, patients may try multiple drugs before finding an effective treatment. The rate of response to the first-line drugs can be surprisingly low, with only 62% of patients responding to their first antidepressant and 50% of rheumatoid arthritis patients responding to their first DMARD.11
Personalised medicine promises a number of advantages over this traditional trial and error approach.
Firstly, personalised medicine will mean the treatments patients are given will treat their disease. Many diseases have a poorer prognosis with prolonged disease activity, hence it is vital to provide effective treatment as early as possible. Putting patients on drugs that don’t work wastes precious time allowing their condition to remain active despite effective treatments being available.
Whilst trying a succession of drugs patients are at risk of side-effects. Only 60% of patients respond to their first antipsychotic,11 a class of drugs notorious for serious side-effects, including agranulocytosis and Parkinsonism. Personalised medicine will prevent adverse effects from unnecessary drugs. Side-effects can also be prevented by identifying genetically susceptible patients, as illustrated with TMPT deficiency.

With an ever tightening NHS budget the concept of ‘cost-effectiveness’ is something modern day healthcare professionals are becoming more and more familiar with. Personalised medicine has potential for providing more cost-effective healthcare. Knowing in advance which treatments will be effective prevents the prescription of unnecessary drugs and healthcare costs associated with adverse drug reactions. In addition, the ability to prevent disease through identification of those at risk offers the potential for reduced healthcare costs.

Genetic testing raises issues about who is permitted to access results, particularly with regards to insurance companies and the requirement of patients to disclose results. Family members who may be affected by test results and their right to access these can also cause controversy.
As this branch of medicine continues to grow, it is vital that adequate regulations exist. This has already been recognised by the FDA, who in 2013 released the “Paving the Way for Personalized Medicine: FDA’s role in a New Era of Medical Product Development” report.

Another issue personalised medicine raises is the psychological implications of test results. This may be a dissuading factor for patients to consent to genetic testing, and may limit its uptake.

In my opinion, personalised medicine represents one of the most exciting developments in modern medicine. Although still very much in its early stages, personalised medicine is beginning to break its way into present day medical practice and holds huge potential for the future. There are a number of challenges that need to be overcome along the way but personalised medicine holds the potential to transform the process of treatment decisions that have underpinned medical practice for generations. Personalised medicine will enable the provision of more targeted treatments with improved cost-effectiveness. It will also help drive forward the emerging trend in modern medicine towards disease prevention, extending the role of doctors beyond simply treating the disease in front of them, to preventing disease from developing in the first place. Doctors must shift from the mind set of asking ‘which drug will cure this disease’ to ‘which drug will cure this patient’. Could we one day reach a point where genetic analysis is a standard test before starting any treatment- only time will tell.

Your essay has an excellent structure, moving logically from the history of personalised medicine, to developments that have enabled the use of each individual’s genome to tailor treatment today, and then onto the advantages and disadvantages. Your use of subheadings makes this essay very clear and easy to read, as does your concise, accurate writing style. You have clearly researched this topic in great detail and have an excellent understanding of the subject, and this comes across in your wide range of examples of uses of personalised medicine, well supported by references to the literature throughout. You have also shown good independent thought and consideration regarding the health benefits for patients, the effects on the health service as a whole, and also the ethical implications of genomic testing. An excellent essay, well done. Lucy’s essay was a great read. It was written eloquently and structured in a coherent and logical manner. Considering the temporal evolution of personalised medicine on an ethical, economical and molecular level requires a thorough understanding of the material and extensive research. All in all, a fantastic essay.