Well done to Nabihah on being a runner-up in the secondary school category of our ‘Unofficial Guide to Medicine Essay Competition’ for her essay on “Female doctors in the workplace: What are the specific challenges they may face? How can these be overcome?” 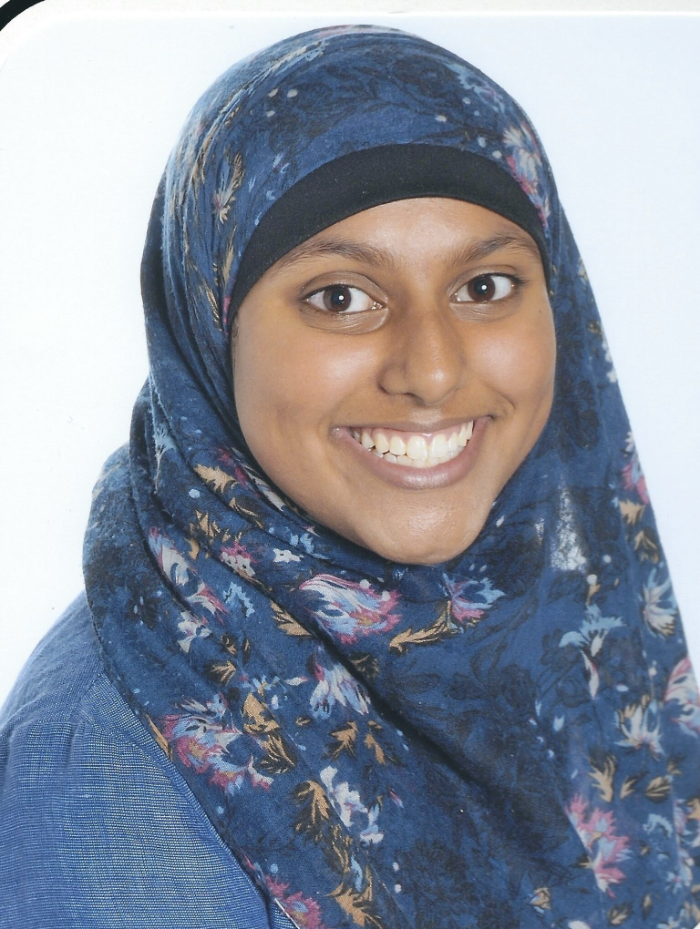 My name is Nabihah Rahman and I am 17 years old. I am currently studying Biology, Chemistry, Maths and Latin at A-level. I intend to pursue a career in medicine in the future and specialise in Paediatrics. I am employed as a pharmacy sales assistant and I also enjoy volunteering at my local hospital and care home.

Female doctors in the workplace: What are the specific challenges they may face? How can these be overcome?

Female doctors face many challenges in the workplace, whether that be through unconscious gender bias, intentional sexual harassment, or stress from having to balance work with home life. Whilst it is undeniable that there have been some very successful advances for women in the field of medicine regarding equality, as seen with the proportion of female doctors making up nearly 50% of the register now, from the previous 43% back in 2011, women are still suffering from gender discrimination through new governmental policies that result in unequal pay to their male counterparts. (Brown et al., 2016) (Clarke, 2016)
Sexual Harassment is a real issue that 30% of successful female doctors have admitted to have experienced, and nearly 60% have reported to have had a negative effect on their confidence as professionals. (Sifferlin, 2016) Inevitably, sexual harassment can, not only damage one’s self- esteem and lead to depression, but also invoke fear and disgust for the opposite sex, which may very well affect how efficiently they are able to work with patients and colleagues alike.  One of the most dangerous issues with sexual harassment is the fact that women are deterred from ever reporting such cases because of fear of how it would affect the future of their careers. Such was the case with Dr. Caroline Tan, a neurosurgeon who had won a case against her senior colleague who had sexually harassed her, but thereafter was unable to get a job at any public hospital. (Medew, 2015) As trainee doctor Ashleigh Witt wrote, “The problem here is a system where reporting sexual harassment is vehemently discouraged”. (Crane, 2015)
A way to overcome this unfair and punishing system would be to first, allow all females to feel safe and protected in the workplace by creating a confidential form of communication through which females and males alike can freely disclose any form of abuse they have suffered from and creating a system that does not shun an individual for bringing justice to his/her case after being wronged.
For many female doctors, the art of managing work with family life can be very stressful and daunting especially when they want to achieve the best they can for both without compromising. On the one hand they have the responsibility of being an attentive mother who spends time with her children and on the other they are duty-bound to deliver the best healthcare they can to all their patients. To achieve the right balance of both is near enough impossible without having to work part-time and even then, it is still a challenge.
Remarkably however, many women have found methods to get around this challenge which include; taking advice from senior female colleagues or consultants who have already been through the same situation; being a part of a forum made up of professionals who come together and discuss workplace barriers and share experiences; as well as giving advice to younger colleagues who are planning to have families. (Brooks, 2014)
A form of gender discrimination that not only affects female doctors but women in general is the issue of unequal pay. According to a recent study, the UK has the sixth largest pay gap between men and women in the whole of the European Union, which means that for every pound a man in Britain earns, a woman will only be paid 80 pence on average. (Clarke, 2016) Despite what David Cameron had promised two years ago when he claimed he would “end the gender pay gap in a generation”, within the Department of Health’s new contract, it is indicated that any reductions to womens’ salaries are merely “a proportionate means of achieving a legitimate end.”(Clarke, 2016)
One of the most challenging issues that female doctors are faced with regularly in the workplace is unconscious gender bias, where they are bombarded with trivial tasks to do which are not usually requested for a man. These requests can come from both men and women of all professions and are usually very menial tasks that build up so much so that it becomes difficult for them to stay on track and get all their work done on time. What does not help the situation is that fact that women tend not to refuse to fulfil requests asked of them, lest they want to run the risk of being labelled as one of a whole list of pejorative terms. The extra work of carrying out these favours is a burden that many of the opposite sex do not have to deal with and so they are themselves entirely unaware of it. (Drummond, n.d.)
Ways to resolve this problem is to remind members of the work place to be mindful of everyone’s responsibilities and to question whether or not the request one is about to ask a female doctor is a request that one might ask a male doctor to fulfil, and if not, to find an alternative way to accomplish the task so as not to burden a colleague who is already busy. Another way a female doctor could overcome this challenge is by considering turning down some requests and balancing it out with the amount of work she already has to do. (Drummond, n.d.)
All in all, there are a range of challenges female doctors are faced with day in and day out, some that are easier to resolve than others, nonetheless all significantly impact lives whether that be her own or her patient’s. “Life is not easy for any of us. But what of that? We must have perseverance and above all confidence in ourselves. We must believe that we are gifted for something and that this thing must be attained.”- Marie Curie. (Hearst Empowering Women, n.d.)

You begin your essay very well with a very nice introduction that summarises some of the key issues faced by female doctors in the workplace, but also demonstrates a good awareness that the situation for women has improved in recent years. This essay has a good, logical structure that takes each issue in turn and follows this immediately with a possible solution which makes it very clear and easy to read. Your solutions to the difficulties women experience show good independent thought and consideration, highlighting the importance of open and honest communication in the workplace. Meanwhile your use of quotations demonstrates good research and knowledge of the views of others on this topic. Well done. Nabihah’s essay considered the perils of sexual harassment in the workplace. Her literature references were carefully chosen and greatly added to making her essay a very interesting read indeed. The topics covered in the essay were diverse with a multitude of issues discussed and creative solutions offered for each. This essay was a great read, well done Nabihah!