Well done to Poppy on being a runner-up in the secondary school category of our ‘Unofficial Guide to Medicine Essay Competition’ for her essay on “Female doctors in the workplace: What are the specific challenges they face? How can these be overcome?” 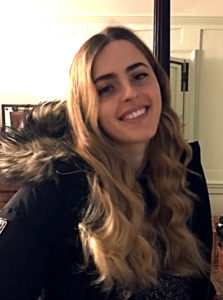 My name is Poppy Angelica and I am 16 years old. I am studying Chemistry, Biology, Physics and Psychology at Haggerston Sixth form. I want to study medicine so that I can care for those who are at their most vulnerable. I love the satisfaction of helping people and I know medical school will give me the skills to do so. I believe there is so much more research still to be done. In medicine you see the rewards of your labour unfold before your eyes and the field of expertise continually expands.

Female doctors in the workplace: What are the specific challenges they face? How can these be overcome?

Well done on an excellent essay which is written in a very mature, coherent and succinct style. You have clearly done a lot of in-depth research into the topic of female role models and many of the various studies conducted which has given you a very good understanding of the importance of having an inspirational figure. Good use of quotations from many key figures and references to the literature to support your points and demonstrate just how large an issue this is. You have shown that you have put thought into the best way to change the unequal treatment of women in the workplace, not only by practical measures, but also by changing attitudes which is so critically important. Well done. Poppy’s essay demonstrated both a critical appraisal of the issues women face in the workplace and a series of interesting solutions to ameliorate the problem. Evidence to support arguments was drawn from a wide range of sources including experimental research, statistical evidence and the opinion of many experts. The essay displayed a great command of language and was stylistically very impressive. All in all, a fantastic essay, congratulations.