Well done to Molly on being a runner-up in the secondary school category of our ‘Unofficial Guide to Medicine Essay Competition’ for her essay on “Plastic surgery after bariatric surgery – should the NHS be responsible for the excess skin left after gastric surgery? What happens when these patients can’t afford the ‘cosmetic surgery’ to remove the excess skin?” 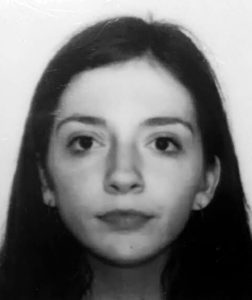 My name’s Molly and I am currently studying Biology, Chemistry, Maths and French A levels. I am hoping to study Medicine at university and become a doctor. I chose this title after having shadowed an anaesthetist which has given me a particular interest in anaesthetics and surgery.

Bariatric surgery, also referred to as weight loss surgery, is any procedure performed on someone who has obesity, generally those with a BMI of 40 or above or those with a BMI of 35 or above also suffering from one of the comorbidities of obesity. These include diabetes, hypertension, metabolic syndrome, sleep apnea and dyslipidemia. There are two main types of procedures: malabsorptive procedures and restrictive procedures. Examples of these include a gastric band, which serves to reduce the size of the stomach; removal of a portion of the stomach eg. a biliopancreatic diversion with duodenal switch and gastric bypass surgery.
The effects of these procedures are numerous and significant with the most important clearly being long term weight loss, for example after gastric bypass surgery the patient usually loses 2/3 of their excess body weight. Other effects include recovery from diabetes, improvement in cardiovascular risk factors, reduction in mortality of 23% from 40% and psychological health improvement. However in most cases the patient is left with excess skin due to the dramatic weight loss: the skin has been stretched over a long period of time thus has lost its elasticity and is permanently damaged rendering it unable to spring back once the patient has lost weight.
I believe the NHS should be responsible for the excess skin left after gastric surgery as it is a direct by-product of the surgery, which is wholly necessary to improve the patient’s physical and psychological health. The excess skin can make daily activities a chore by limiting mobility, it also can cause hygiene and medical problems such as infected sores and rashes. Unsurprisingly the skin has negative psychological repercussions for the patient, causing them to experience frustration and sometimes body dysmorphia. This is catastrophic as these problems can ruin the patient’s self esteem and ruin their motivation to follow the rigorous life-long plan which is necessary after bariatric surgery to remain healthy,  prevent returning to obesity and long term complications.  If the NHS do not pay for the following cosmetic surgery and the patient is unable to themselves it is likely that all the benefits of the initial bariatric surgery will be reneged rendering it useless and a waste of time.
The NHS website states ‘cosmetic surgery is not routinely provided on the NHS’ but then clarifies that in cases where it is, it is for psychological or other health reasons. At the moment the NHS does provide tummy tucks (abdominoplasties) and breast reduction operations, this is clearly because they are considered as necessary for improving the patient’s health as an appendectomy is for someone who is diagnosed with appendicitis. The term cosmetic surgery somewhat belittles the health benefits of such procedures by making them sound superfluous. It is perhaps due to the fact that often the main benefit is for the mental health of the patient, something that society has traditionally viewed as less important than physical health, a perception problem that is slowly being changed.
Undeniably, the NHS is under pressure, struggling both financially and physically (lack of doctors and beds etc). It ended 2015/16 in deficit (of £2.45 billion) for the second successive year, £461 million worse than planned. Some may argue cosmetic surgeries ought to be scrapped and left to the private sector to free up surgeons and beds for patients requiring ‘more essential’ procedures such as neurosurgery. Some may argue that instead of bariatric surgery patients ought to instead be offered the conventional treatment for comorbidities such as weight control medication and lifestyle modification therapy.
However, a Korean retrospective cohort study investigated the effectiveness of bariatric surgery versus conventional treatments by measuring the change in weight (%) and the excess weight loss (%). They found that surgery was far more effective and patient’s had a better recovery from co-morbidities.
Therefore in my opinion the view that cosmetic surgery after bariatric surgery should be the patient’s own responsibility, is naïve and underestimates how effective and essential it is. I believe it is part of the bigger problem facing our society and the national health service, the traditional  view valuing physical health much more highly than mental health, in fact until not long ago it was taboo to even discuss our psychological and emotional wellbeing. The two are intricately interlinked and both as essential as the other. To me not following up bariatric surgery with cosmetic surgery is reckless and foolish as it is akin to abandoning the job halfway through. Thus in conclusion I believe that the NHS should be responsible for excess skin left after bariatric surgery.

A very nice essay that shows you have researched the subjects of obesity and bariatric surgery well and understand both the positive and negative aspects of undergoing such surgery. You have clearly described not only the physical effects of retaining the excess skin on patients, but also the psychological effects, showing good insight into patient’s lives and compassion. Your essay has a good structure and progressed well, including arguments for and against the NHS paying for excess skin removal, ending with a strong conclusion that clearly states your opinion on the topic. Good use of data from the literature supports your points and gives your essay a more scientific tone. Very well done. Molly’s essay considered an interesting and increasingly important topic – bariatric and cosmetic surgery. Molly approached the essay in a logical way with great research that allowed her to understand the complex interplay that obesity between many different disciplines. In addition, she explored the relationship between cosmetics and mental health in an intelligent and considerate way. The essay was written well and a pleasure to read. Well done Molly!