Well done to Richard on winning the medical student category of our ‘Unofficial Guide to Medicine Essay Competition’ for his essay on “Consider the development of personalised medicine. What are the benefits and drawbacks of selecting appropriate therapies based on the context of one’s genetic code?” 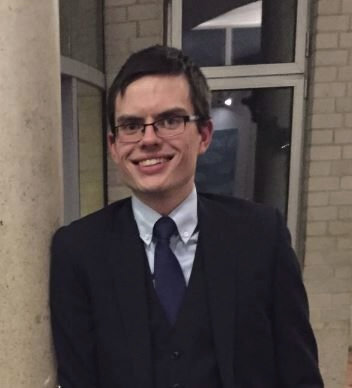 I am a 5th year MB/PhD student at the University of Cambridge, currently in my research phase at the Babraham Institute whilst continuing medical education. My current ambition is to become a clinician-scientist, taking the best of both worlds! I have a particular interest in the development of novel cancer therapeutics.

Personalised medicine in cancer: Progress at an almighty cost

Figure 1: Diagramatic example of study design limitations. If theraputic drugs are avaliable for mutations 1 through to 4, a trial of drugs to 1 and 2 would encompass 70% of patients. However a trial of 1 to 4 would only encompass 20% of patients.

The idea of sending a patient’s blood, containing circulating DNA of their specific cancer so that a cocktail of therapies can be concocted, is both highly tantalising but currently not feasible. However, with examples like imatinib acting as a proof of principle, the benefits of personalised medicines in cancer are clear to see, even though Imatinib has encountered its own problems with resistance mechanisms15. Other therapies have also proven to be effective, albeit not curative, but we have become fat of our own success, complacent with the steady trickle of targeted therapies emerging. Even now cancers such as pancreatic cancer have a woeful 3% 5-year survival rate16, attributed not only to its difficult surgical location but also to its extreme heterogeneity. A change of tone is therefore needed, where we cannot be complacent with an 80% failure rate in our preclinical research alone, simply because we are at the cutting edge of science. So how can the medical profession counter these growing concerns with personalised medicines, from the ethical to the scientific? One solution is for the clinician to become more involved in the basic science that develops these therapies, not only to enable more knowledgeable communication with patients, but to aid in the preclinical design and development. Such ambitions are already promoted with an increasing trend towards clinical involvement in academic research, and the GMC placing the “doctor as scientist” as a fundamental pillar of medical education in the ‘tomorrow’s doctor’ framework. Only by unifying basic, translational and clinical arms of drug development, previously relatively dichotomous, can the enormous benefits of personalised medicine in cancer outweigh the significant disadvantages.

Your essay on personalised medicine in cancer was a delight to read. You have taken a very original approach to this by focusing on one topic within the hugely expanding world of personalised medicine which has clearly enabled you to develop a very in-depth understanding of the subject. You have used relevant references throughout your essay to support your writing and have researched this topic in great detail but have also shown a lot of independent thought and have expressed many of your own opinions on the issues surrounding personalised medicine and the possible solutions. Excellent use of a figure to support your point on study design limitations. Well done, this is a very well written, concise, scientific essay. Richard’s essay on personalised medicine in cancer medicine was a truly fantastic read. He commanded a remarkable knowledge and understanding of the subject matter, which demonstrates an understanding of the literature that far beyond the context of this short essay. The presentation of these arguments was written eloquently in a logical matter. What helped to make this essay so outstanding was the detailed analysis of the problems surrounding the current paradigm of the research. All in all, this essay was excellent. Well done Richard.